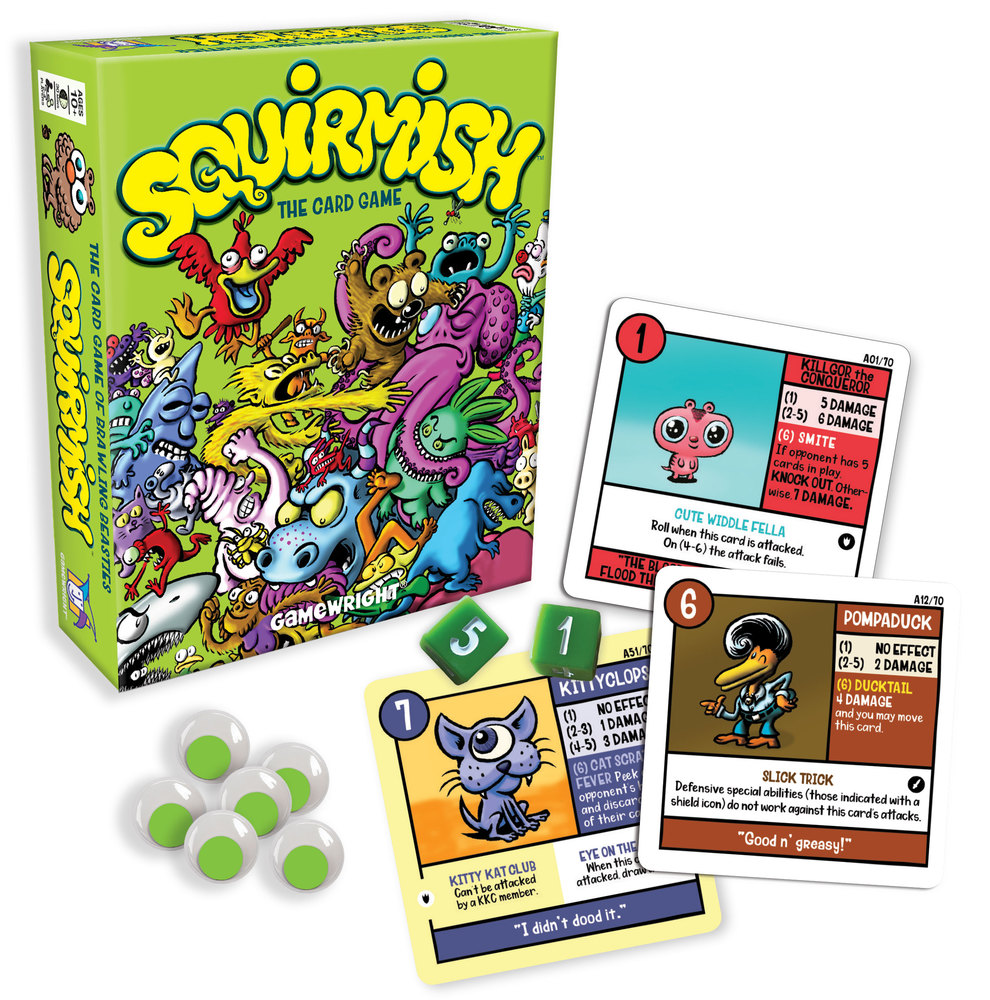 I grew up playing a lot of games and videogames, so moving into making them was a pretty natural progression for me. I had created a number of them for my own amusement growing up, and I had the occasional work assignment that was game-oriented (I’ve made some online videogames), but it was not until 2014 or that I started focusing on making games on my own for public consumption.

My oldest daughter got into Pokemon, and appreciating the creativity of the game while being disappointed in the game mechanics of it got me thinking more about making my own card-battling game. I initially self-published SQUIRMISH, and shortly after I was lucky enough to have it picked up by my favorite game-publisher, Gamewright. You can read an article I wrote about my journey creating SQUIRMISH here.

Since creating SQUIRMISH, I have released a couple other games into the wild, and I continue to work on SQUIRMISH as well. I’ve done extensive work on some expansions to SQUIRMISH, and I also have a video game version of SQUIRMISH I am working on in collaboration with Faust Logic (coming in 2021).

Read more about my games at the below links: